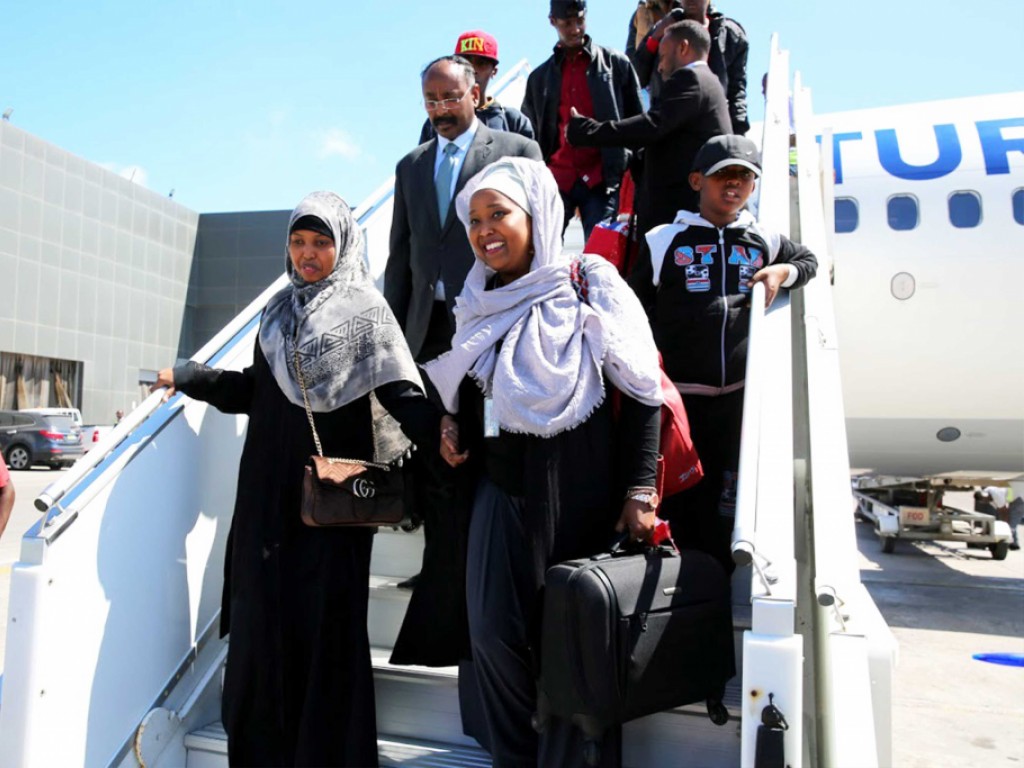 She lost her husband, Yasin Hersi Dirie, during the September 2013 terror attack at Westgate mall in Nairobi. Rather than surrender to grief and anger, Mariam sought out forgiveness and hard work — plunging herself into tackling some of the root causes she believes are behind the violence and hatred that continue to plague Somalia today.

At a young age, Mariam already had a passion for helping those most vulnerable in society find their voice. Again, this dedication came about from personal experience.

When the war in Somalia erupted in 1991, Mariam, a young teenager at the time, lost her father, who was executed due to clan-based rivalries. She was forced to flee Mogadishu and became internally displaced over-night — separated from her mother in the process, as road blocks were set up around Mogadishu town. “The first two days, my aunt and I were forced to sleep under a tree,” Mariam recalls.

For a few months, she lived in a small shanty house, in the district of Jowhar, with her aunt’s family, before venturing to Italy as an asylum seeker, joining the rest of her family.

Mariam spent the next few decades studying and working diligently. She steadily built a strong track record in community work and advocacy for the rights of women, migrants, refugees and minorities with various international organizations in Europe and Somalia. She also spent much of her time in between Nairobi and Somalia following her marriage to Yasin in 2011.

Mariam had long hoped to return to Somalia one day and be more directly involved in the development of her motherland. She returned to Somalia for the first time in 2009 to work for a development organization advocating for women’s rights, founded by her mother, Halima A. Arush. She still kept her other foot firmly in Kenya, until the tragic loss of her husband.

“I strongly felt this was my calling in life and the support I was given by IOM and the EU gave me the courage to continue despite the challenges.”

In 2015, Mariam was nominated as the Somali Federal Government Special Envoy on Migrants’ and Children’s Rights. Shortly after, the European Union pledged support for her office by deploying diaspora experts through the Migration for Development in Africa (MIDA) Programme, managed by IOM, the UN Migration Agency in Somalia. She became the first EU-funded Somali diaspora expert, with the ambitious mission of leading the development of a Somali migration governance framework from scratch. “I strongly felt this was my calling in life and the support I was given by IOM and the EU gave me the courage to continue despite the challenges,” says Mariam, reflecting on her Special Envoy role.

Being a female senior government representative in a patriarchal society like Somalia is no easy course to endure, but Mariam pulls no punches. “When people challenge me, I challenge them right back,” she says. Her rhetoric and work show a strong-minded woman, with more than enough determination to stretch the boundaries of social convention, bringing success to her mission.

The seeds of her hard labour have started to bear fruit. She recently returned from a visit to Libya, helping Somalia migrants — stranded and abused at the hands of traffickers — get home. “We need to provide Somali youth with viable alternatives to risking their lives by pursuing dangerous migration or joining terrorist groups. If we cannot digest the aspirations of the youth, we are bound to fail,” she says.

She has, however, already come a long way. Migration is now at the centerpiece of the national policy agenda — a remarkable achievement given where she started just three years ago.