Development in Somalia Comes from the Heart 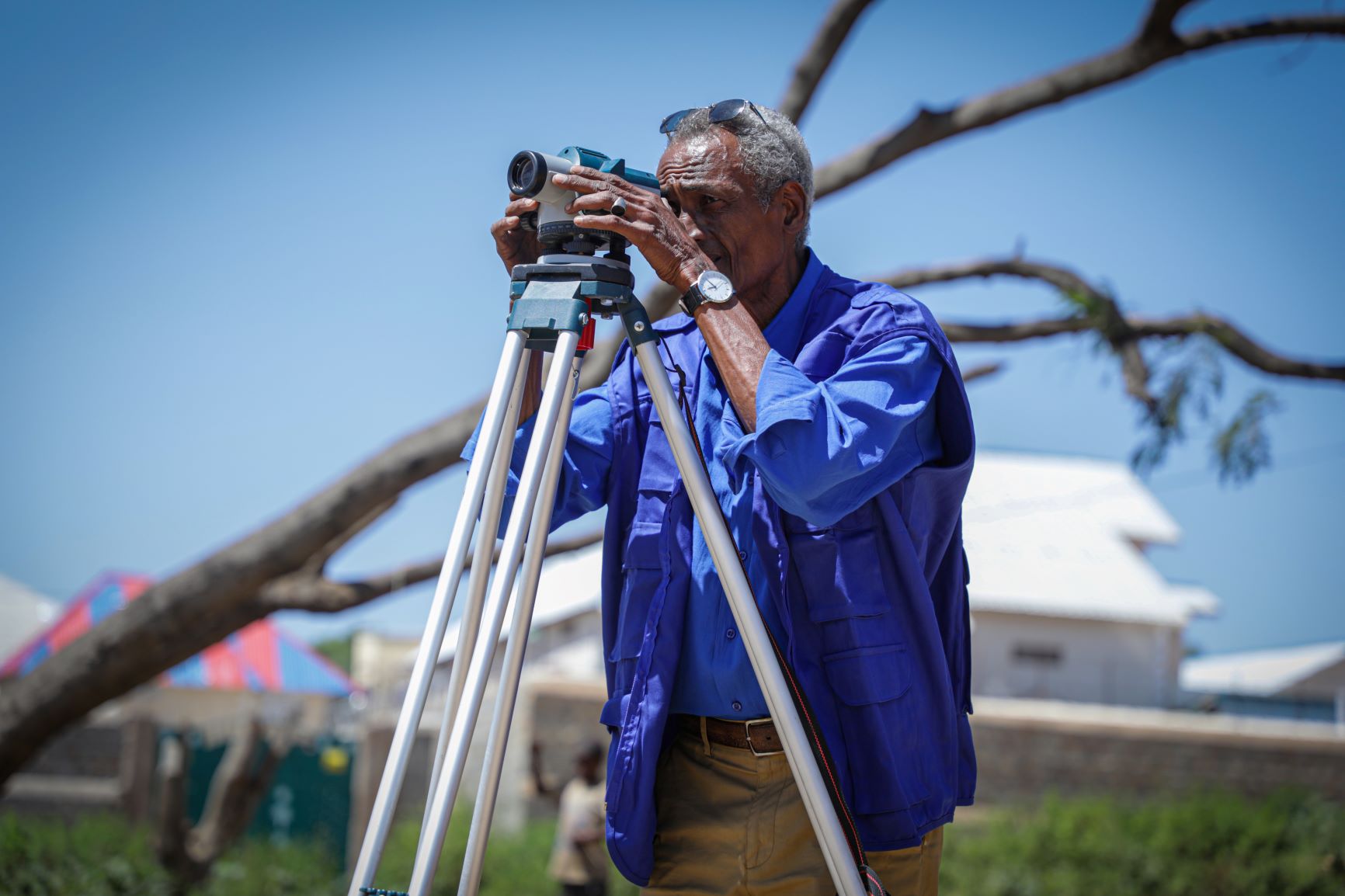 As the saying goes, “home is where the heart is”.

For the estimated 680,000 Somalis living abroad this is true now more than ever.

Despite the thousands of kilometers separating them from their homelands, the Somali diaspora makes immense contributions to the country’s economy. Collectively, remittances amount to between USD1.3 and 2 billion annually. This is nearly one-third of the country’s GDP and more than the amount of foreign aid flowing into the country yearly.

When the civil war broke out in 1991, thousands of Somalis were forced to flee the country, eventually finding safety in places like Kenya, Britain, Finland, the US and Canada.

Almost three decades have passed since that painful moment that tore families apart and spread the Somali diaspora all over the world. Now, many are finding their way back to the country; driven by the desire to help rebuild the place they once called home.

Walking through an empty water canal in Baidoa, a city in south-central Somalia, engineer Mohamud Hussein Ibrow, also known as Aliyow, smiles: “I see a vision for Baidoa and my vision is for it to return to its past glory.”

Baidoa is far from London, the city that welcomed and sheltered him for 13 years before he returned to Somalia in 2012. When the fighting started, Aliyow was already in Europe studying for a master’s degree in engineering. The situation forced him to postpone his return for almost two decades.

The conflict and the collapse of institutions greatly damaged the country’s infrastructure, while many highly skilled workers like Aliyow left, causing a shortage n expertise across many areas such as health and engineering.

Yet Aliyow was closely following the situation in his home country from his rented house in London. “My body was in the United Kingdom, but my heart was still in Somalia,” he says.

He is not the only one. Hundreds of Somalis  have returned to Somalia in the last decade to contribute their skills towards the development of the country. Facilitating some of these returns is the Migration for Development in Africa (MIDA) programme implemented by the International Organization for Migration (IOM).

IOM mobilizes donor resources to deploy the diaspora experts at state institutions where their expertise across various fields contributes to boosting institutional capacity. These experts do not only bring their skills back home, but also transfer their knowledge to young local professionals through a mentorship programme.

So far close to 500 people have returned home to Somalia through MIDA and provided support in a wide range of fields including education, health, public finance, migrants' rights, justice and many others.

Aliyow joined MIDA in 2019 hoping to give back to his country.

“It was always my dream to support the future of the country and provide the technical know-how as an engineer from the experience I gained working in London. It is the least I can do for my country.”

He is working as a Regional Urban Planning Advisor at the Office of the Governor, contributing to the upgrade of infrastructure in and around Baidoa. His work will help the community to move around the city with considerable ease for the first time in many years.

Aliyow is now one of the most “trusted engineers in a city that is thankful for his return”, according to a community member. He is greeted by almost everyone he comes across, including elders, youth, women, and security officials.

"The water reaches as high as six feet and causes many children, property and livestock to be swept away. As you can see, many school children were using this dangerous pathway,” says Aliyow as he shows the plans for a new bridge.

The governor of the Bay Region, Ali Wardheere Abdirahman, is another Somali with dual Australian citizenship.

“The projects we have done together include the development of the commercial district of Central Baidoa, which was once very congested,” he says.

The governor welcomed Aliyow and entrusted him with training local engineers to build new roads and improve accessibility to the city. “Keep in mind there wasn’t a local authority for 30 years. As a result of our work, there was an increase in the value of property; health and security in the area also improved.”

Aliyow brings more to the city than infrastructural know-how and is at the height of his career. He participated in the construction of Heathrow Airport’s Terminal 5 in London. His years of experience are going a long way in making Baidoa shine again.

"The city needs me, the people need me, and there are many projects,” he says. “This country has been in ruins for the last 30 years and it has a desperate appetite in respect to restoration and reconstruction."

The IOM’s MIDA programme also recruits local junior professionals and interns to learn from the diaspora specialists and ultimately take over once they are gone.

Iftin Mohamed Hassan is one of those interns. She is a civil engineering graduate and sees Aliyow as role model.

“Through Engineer Aliyow and the MIDA training, I've developed my skills in health and safety, quality control, construction and many more,” she says. “I want to further develop my personal career and to also share what I learn from Aliyow with the next generation of engineers.”

It is this combination of technical skills transfer coupled with the mentoring of future professionals that sets the MIDA programme apart from other development initiatives, with very real and lasting impact.

“MIDA is an amazing programme and very important to reviving Somalia and the collective development of the nation,” says governor Abdirahman.

The programme has had a lasting impact on participants, even after their formal contracts have ended. Many MIDA experts continue to work in Somalia or to support development initiatives. Aliyow, for instance remains committed to Baidoa, despite his official duties in the programme having ended.

He recognized that his role is not just to be a planning advisor and engineer, but also a role model. “When I was joining the MIDA programme, I partly understood the benefits that could come from it, both from myself and precisely from the skill-transferring I would be doing,” Aliyow says. “I love and enjoy benefitting my people.”

Dozens of testimonies collected over the past few years demonstrate the far- reaching impact that Somali returnees are having on the development of their country. This heart and passion and determination by the Somali diaspora is contributing towards the National Development Plan, the Global Compact on Migration and the 2030 Development Agenda.

Aliyow’s assignment was made possible thanks to the generous funding of the Italian Agency for Development Cooperation (AICS). Since 2017, AICS has been supporting IOM’s MIDA Somalia programme. The ultimate goal has been to assist in reducing poverty while building skills and the capacity of state institutions, along with boosting employment opportunities, particularly for the youth in Somalia.

To learn more about the IOM MIDA programme and/or other experts and development initiatives please contact iomsomaliapsu@iom.int or visit the MIDA website.